Visit our News Page for news about the Jesuits, the Church and the World

Read the latest news from the Diocese - click here

There is a stone plaque at the back of St Dominic’s Church which makes you think.

It was blessed in 1989 by Cardinal Basil Hume OSB (a local man) and was fixed there to mark 750 years since the Dominicans first arrived in Newcastle. The city was established by one of William the Conqueror’s sons, and in 1239 the Dominicans came to preach the Good News. They established a Priory in the part of the centre of the city which is still known as Blackfriars today.

Although the Order had to leave because of persecutions, and the priory was demolished as part of Henry VIII’s dissolution of the monasteries in 1539, the Dominicans returned to Newcastle in 1860 and bought a site to the east of the city centre constructing a new Priory and church in the years that followed. The building is intertwined with history – two stones from the demolished Blackfriars are built into the arch over the sacristy door and Hadrian’s Wall runs directly underneath.

As part of a re-structuring of their mission in Britain, the Dominicans withdrew from Newcastle in 2016 and as a small Jesuit mission we arrived here in October 2021.

St Ignatius of Loyola used to refer to the Society of Jesus as ‘the least Society’ because he was conscious of the four great Orders – the Benedictines, the Carmelites, the Franciscans and the Dominicans – who were much older and highly revered. 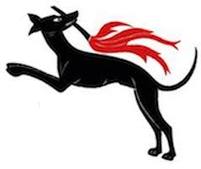 So, for Jesuits, it is an unusual honour to be stationed in a building dedicated to St Dominic, that carries so much local and Church history in a spiritual tradition much older than our own.

Hopefully our presence will be one that builds on this distinguished past and is of service to the people of the Tyne in the future! 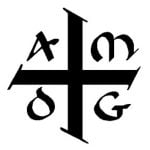 The Jesuit Refugee Service are working in Ukraine, Poland, Hungary, Romania and elsewhere on the border - Please click here to donate and support their work. At the £ sign at the foot of the page enter any amount that you wish to donate.

We use cookies to ensure that we give you the best experience on our website. If you continue to use this site we will assume that you are happy with this.
Cookie SettingsAccept All
Manage consent

This website uses cookies to improve your experience while you navigate through the website. Out of these, the cookies that are categorized as necessary are stored on your browser as they are essential for the working of basic functionalities of the website. We also use third-party cookies that help us analyze and understand how you use this website. These cookies will be stored in your browser only with your consent. You also have the option to opt-out of these cookies. But opting out of some of these cookies may affect your browsing experience.
Necessary Always Enabled
Necessary cookies are absolutely essential for the website to function properly. These cookies ensure basic functionalities and security features of the website, anonymously.
Functional
Functional cookies help to perform certain functionalities like sharing the content of the website on social media platforms, collect feedbacks, and other third-party features.
Performance
Performance cookies are used to understand and analyze the key performance indexes of the website which helps in delivering a better user experience for the visitors.
Analytics
Analytical cookies are used to understand how visitors interact with the website. These cookies help provide information on metrics the number of visitors, bounce rate, traffic source, etc.
Advertisement
Advertisement cookies are used to provide visitors with relevant ads and marketing campaigns. These cookies track visitors across websites and collect information to provide customized ads.
Others
Other uncategorized cookies are those that are being analyzed and have not been classified into a category as yet.
SAVE & ACCEPT
Scroll to Top